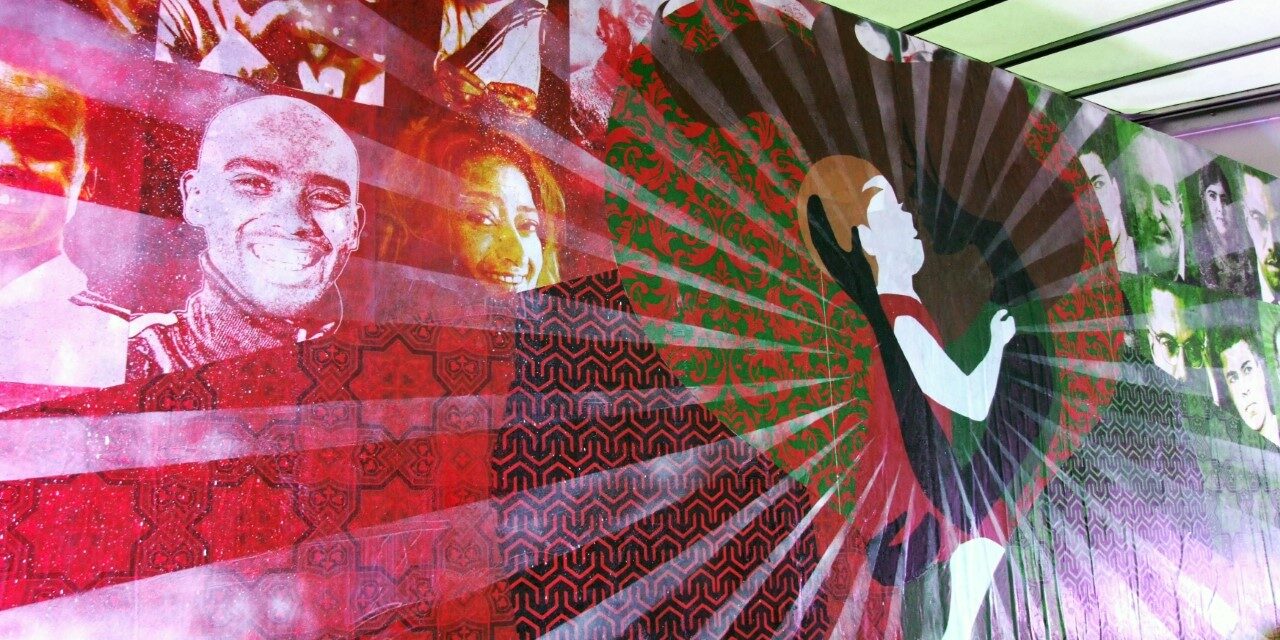 The piece “Ripple” was an original mural reflecting the themes of Rising 16. It was created with the assistance of the students of Coventry University.

RISING 16 will examine “the ripple effect” of responding to conflict, whether with action or inaction. The purpose of the mural was to ask the most important question – how can we create a positive ripple?

My answer to that question is to be positive role models for the next generation. How can we tell children to be good, when the adults they see are fighting amongst themselves? We must present the next generation with inspirational role model so they can make the world a better place.

When a child is born they are pure and innocent, so the mother is their first role model. The mother knows the darkness of the world, so this is why it is important to have educated girls and women in society. They are the ones who will lead the next generation. This is pointed in this well-known saying, “If you educate a man you educate an individual, but if you educate a woman you educate a nation.” The other role models I have chosen are people who’ve changed the world we live in; overcame huge adversity or immigrants that have played a positive role in society. We’re often led to believe migration is a drain on the country’s resources but Sir Alec Issigonis moved to the UK in 1923 from Turkey and launched the Mini in 1959. This provided many jobs for people in England. Steve Jobs was the son of a Syrian migrant and created Apple, which is the world’s most profitable company.

The colours that I have chosen are from the Coventry emblem and the Syrian flag. This is because Coventry takes the highest number of Syrian refugees in the UK. I also used different patterns to show how opposing cultures can work in harmony.